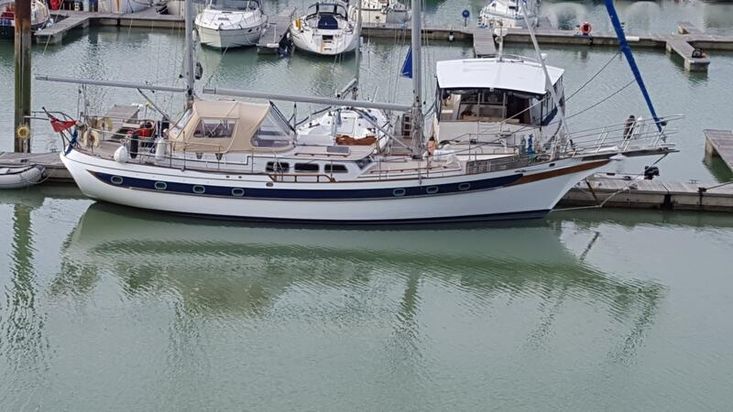 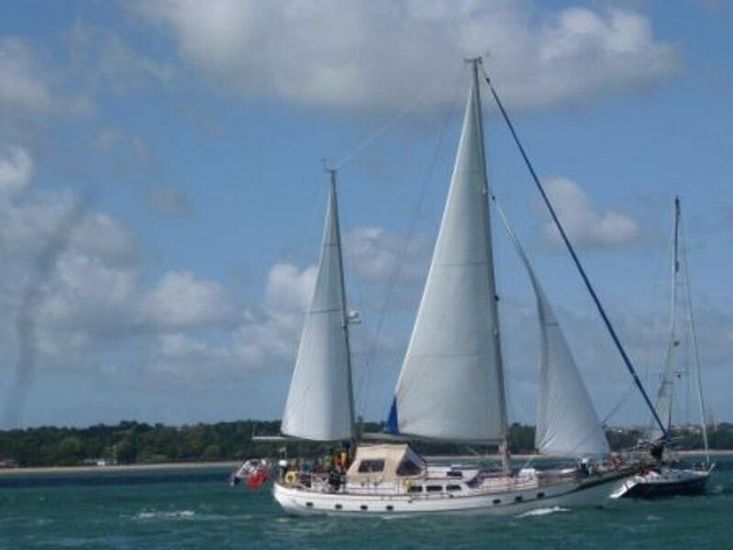 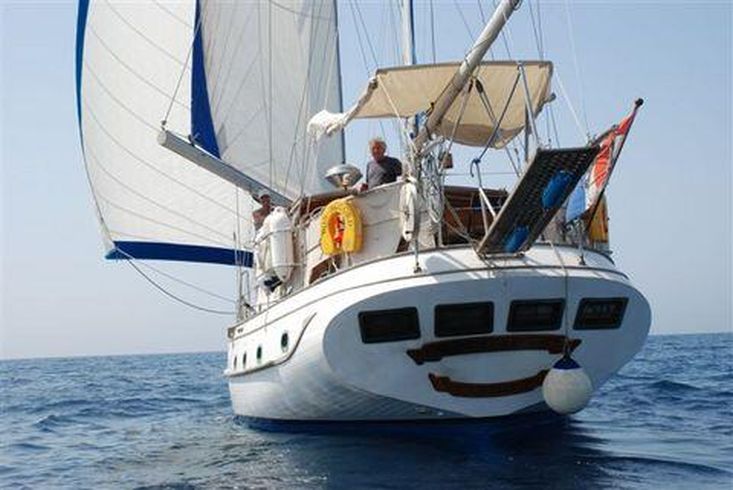 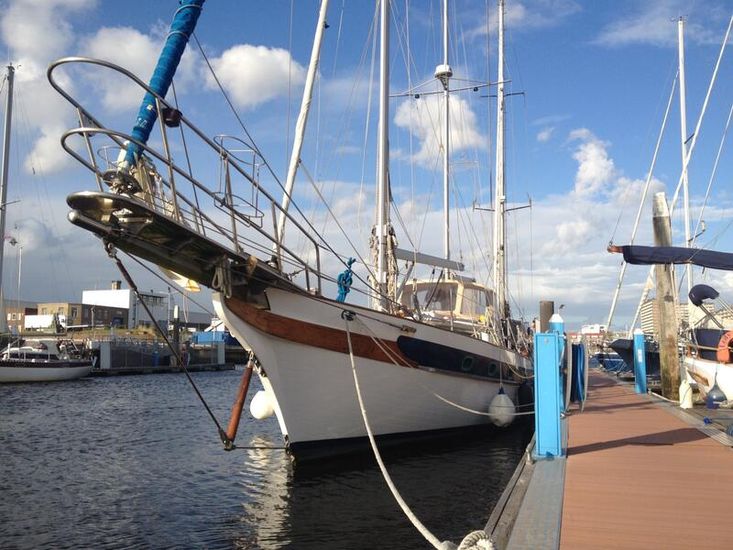 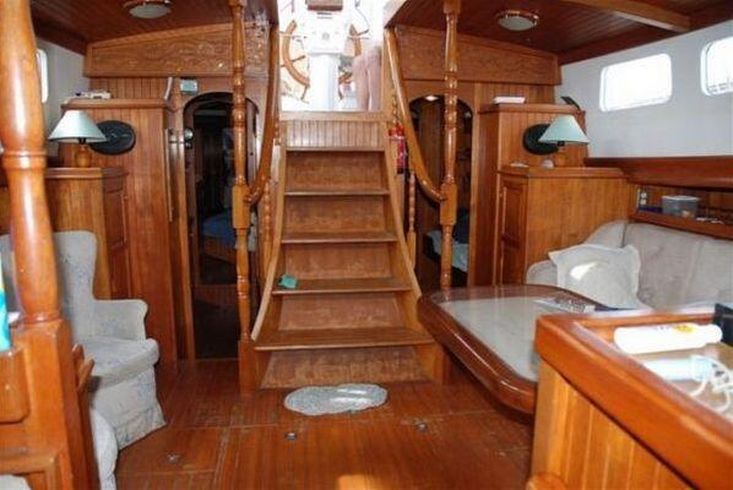 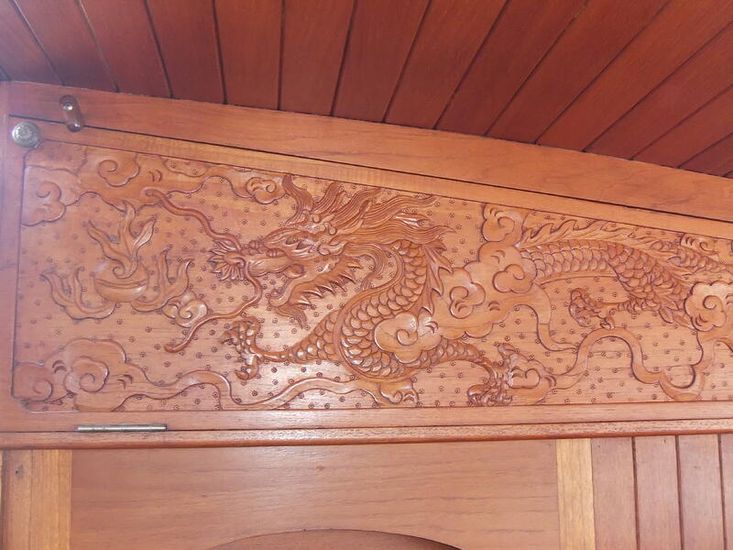 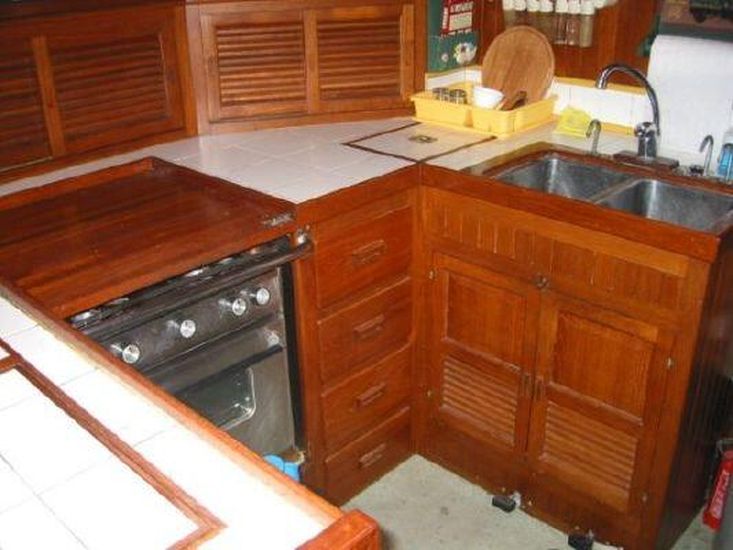 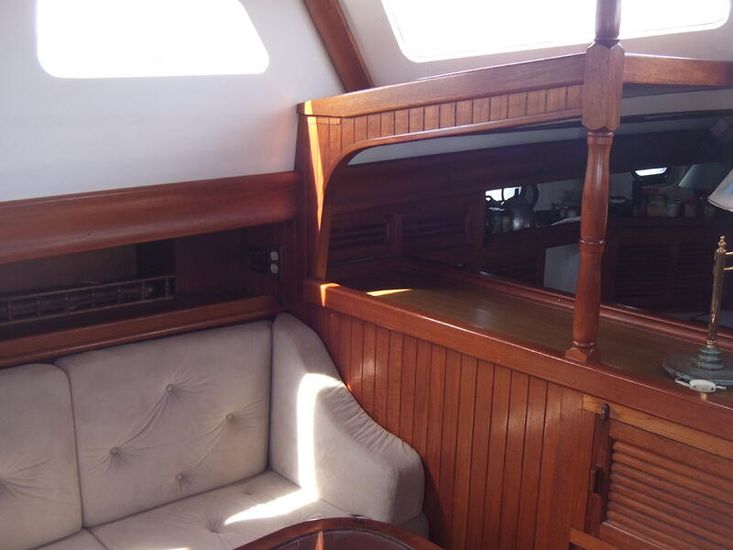 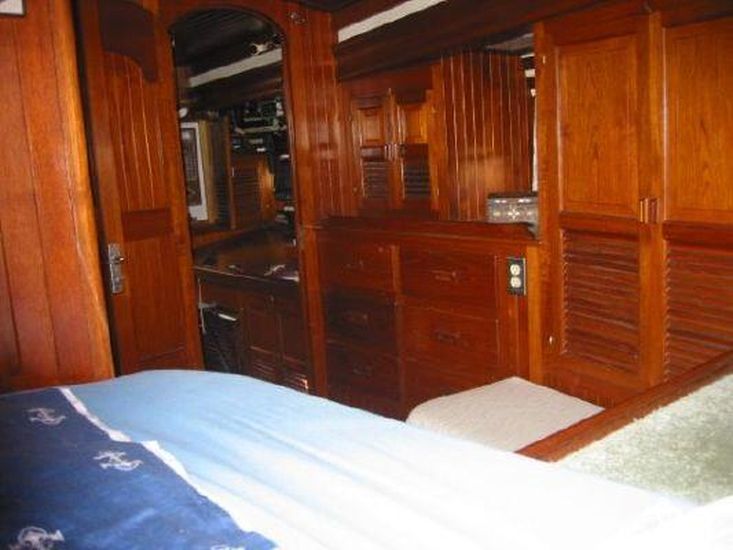 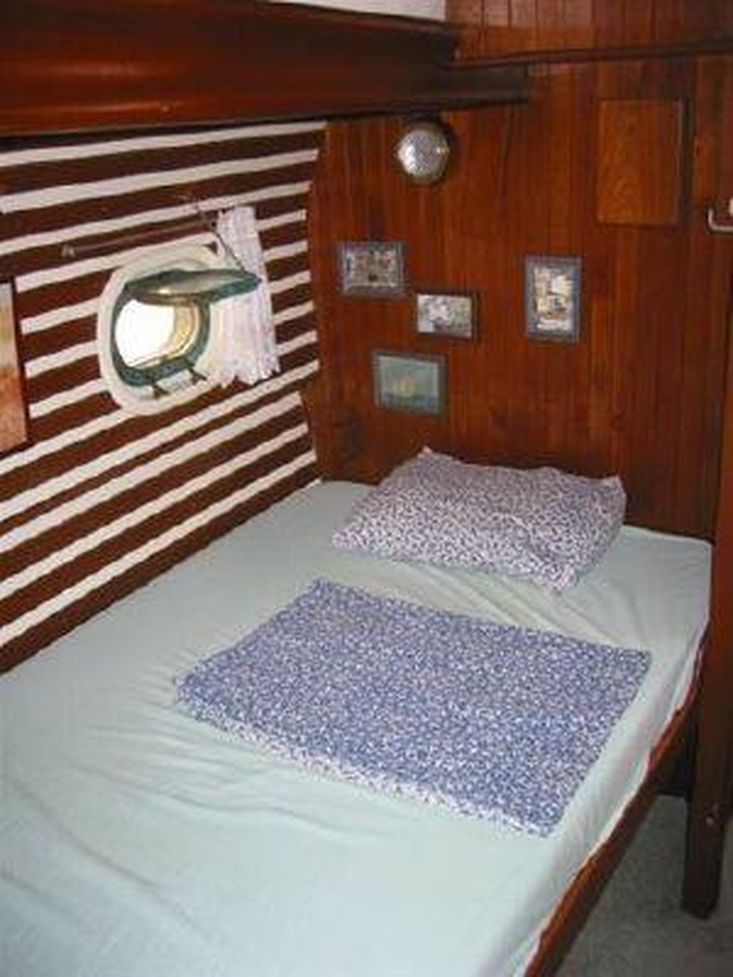 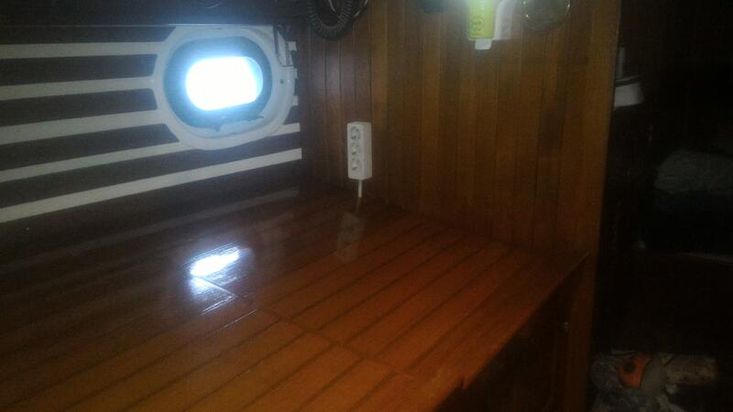 Completely rebuilt ocean going, classic, long keel ketch rigged yacht designed by Bob Perry. Ready to go for 2021 season, most likely the only up to date CT 54 in Europe, one of only 100 ever built.
Rebuilt in 2012 to 2014. During the rebuild all technical & mechanical items very rebuilt or replaced.
The interior was redone to a high standard but true to the original design, superb varnished teak interior, sanded back to raw wood where required, panels exchanged.
“This is a new-ish boat in an old hull”
Boat meticulously maintained by live board boat builder/skipper/engineer and wife.

Sailing tech:
During this rebuild all chain plates refitted and new solid teak, bronze covered rubbing strikes both sides were mounted.
New spars, vangs and standing rigging was installed, and three sails replaced. Self-tacking jib and main sails, sheeted mizzen sail made by Van Vliet Sailmaker in Netherlands
Genoa furling gear with continuous line and electric capstan winch for a heavyweight Hood sail
Genneka/asymmetric spinnaker with its sheets, whisker pole
In mast furling on main and mizzen masts
Two decklights on each mast
Electric winches at foot of both masts, all usual winches in place.

All seven tanks replaced, each fitted with a N2K tank gauge.

All underwater seacocks and skin fittings replaced and all pipes, clips as well as pumps replaced, 2012
All taps and shower fittings replaced
The entire cockpit teak capping was replaced 2014. Cockpit winches where removed and new brackets made that hide the bolts in a S/S plate to avoid damage to cockpit cushions. Upholstery renewed as needed.

We have enjoyed this magnificent our Ta Chiao CT 54 Bob Perry ketch for quite a few years, she has taken us all around Europe. Health and age require of us to hand her over to her next caretaker.

Boats for sale
by continent

Boats for sale
by country